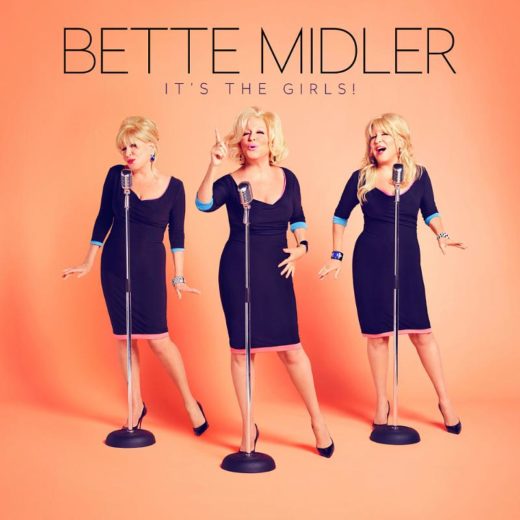 NEW YORK, Nov. 3, 2014 / — Multiple Grammy Award®-winning singer and legendary performer Bette Midler announced today that she will return to the stage for her first major tour in a decade. The Divine Miss M’s national tour kicks off on May 8 in Hollywood, Fla. at the Hard Rock Live and will visit 22 cities nationwide. Tickets will go on sale beginning Nov. 17 (complete itinerary follows). With every ticket purchased online, Bette Midler fans are entitled to a copy of her new CD, It’s the Girls! The tour is produced by Live Nation and Larry Magid Entertainment Group.

The tour will feature material from Midler’s iconic career and material from her new album, It’s The Girls!, a glorious tribute to girl groups through the ages. It’s The Girls! features the swinging sounds of WWII-era The Andrews Sisters, to ’60s super-groups like The Supremes and The Shirelles, to ’90s hit makers TLC. The album will be released on Nov. 4 on Warner Bros. Records and East West Records / Warner Music UK on Nov. 17, 2014.

Midler will make several major TV appearances this week, including performances on The Tonight Show Starring Jimmy Fallon (Nov. 5), NBC’s Today (Nov. 6) and Live! with Kelly and Michael (Nov. 7). Midler released several track previews from the album including a breathtaking version of TLC’s “Waterfalls.” Just a few hours after the song’s release, the track sprinted to No. 5 on the Billboard + Twitter Trending 140. Vanity Fair raved that “you haven’t lived until you’ve heard Midler sing ‘Waterfalls.'”

One of the world’s best-loved and most versatile entertainers, Bette Midler has garnered accolades in all quarters of show business. She’s earned four Grammy Awards, including Song of the Year (1989: “Wind Beneath My Wings”; 1990: “From A Distance”) and Record of the Year (1989: Wind Beneath My Wings); two Academy Award nominations, three Emmy Awards, one Tony Award, three Golden Globe Awards and nine American Comedy Awards. Bette Midler has sold over 30 million albums worldwide.

Additional North American dates and cities will be added. Midler is also set to tour in the UK in 2015. UK dates will be announced at a later date.

Itinerary subject to change. Additional dates to be announced!