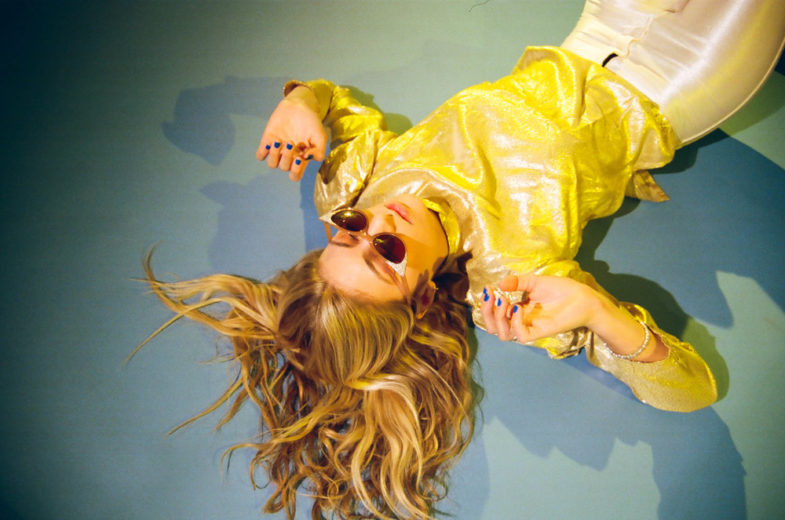 New York City singer/songwriter Blu DeTiger with The Knocks and Young & Sick at Scoot Inn on Saturday, February 9th in Austin, Texas. She’ll be releasing her debut single “In My Head”, which was produced by The Knocks, on Wednesday, January 23rd.

20-year-old New York City polymath Blu DeTiger weaves disco house music and slap bass into a groovy tapestry that pays homage to her eclectic upbringing. Her debut single, “In My Head,” was produced by prolific NYC electronic duo The Knocks (Carly Rae Jepsen, Foster The People, Big Boi)​​​​​​​ and written about the magic of the hustle – that there can be cathartic release in leaning into the thing that drives you. “Music drives me. The beat that’s in my head keeps me going. I don’t need any medicine or anyone to calm me down! It’s not a sickness,” Blu says about the track.

Born and raised in New York, Blu takes inspiration from the city’s rebel culture in the ’70s. Her first live performance was a Rolling Stones tribute show at the iconic CBGB club, the testing grounds for Blondie and Talking Heads to name a few. This early experience would provide the foundation for Blu’s commitment to a career of bohemian experimentation, and affection for all things glitter.