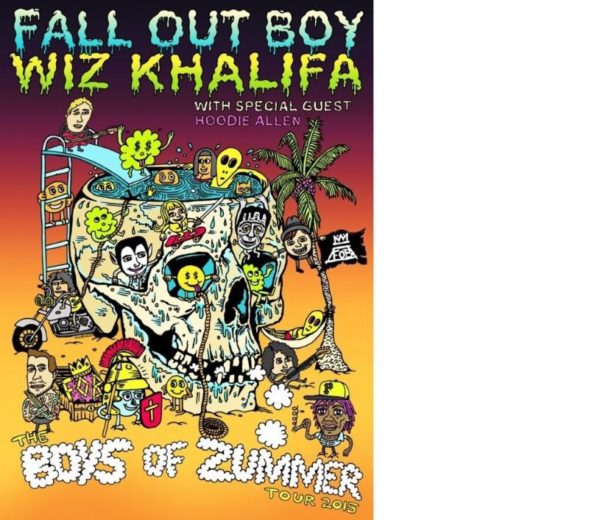 American Beauty/American Psycho is Fall Out Boy’s sixth studio album, set for release on Jan. 20 on Island Records & DCD2 Records. The record’s first single “Centuries” was certified platinum and served as the theme for the first ever College Football Championship on Jan. 12. The song is now Top 15 on the Pop charts after going Top 10 at Modern Rock and has been streamed more than 60 million times between YouTube and Spotify alone. The band most recently performed the track at the 41st Annual People’s Choice Awards. Prior to American Beauty/American Psycho‘s release, tracks “Irresistible” and “Uma Thurman” went straight to #1 on iTunes; “The Kids Aren’t Alright,” and “American Beauty/American Psycho” also both hit the iTunes Top 10 when made available with the album’s pre-order.

The album is the follow-up record to the band’s gold-certified fifth studio album Save Rock and Roll, which debuted at #1 on the Billboard Top 200 and #1 on iTunes in 27 countries upon its April 2012 release. American Beauty/American Psycho is available for pre-order now on the band’s Webstore and iTunes.

Hailing from Chicago, Grammy-nominated Fall Out Boy—Patrick Stump (vocals/guitar), Pete Wentz (bass), Joe Trohman (guitar) and Andy Hurley (drums)—has appeared on the cover of Rolling Stone and other prestigious publications. They have performed on Saturday Night Live, The Today Show, America’s Got Talent, The Voice, Late Night with Jimmy Fallon, The Tonight Show with Jay Leno, Conan, The Late Show with David Letterman, Jimmy Kimmel Live and many more. More information can be found at www.falloutboy.com.