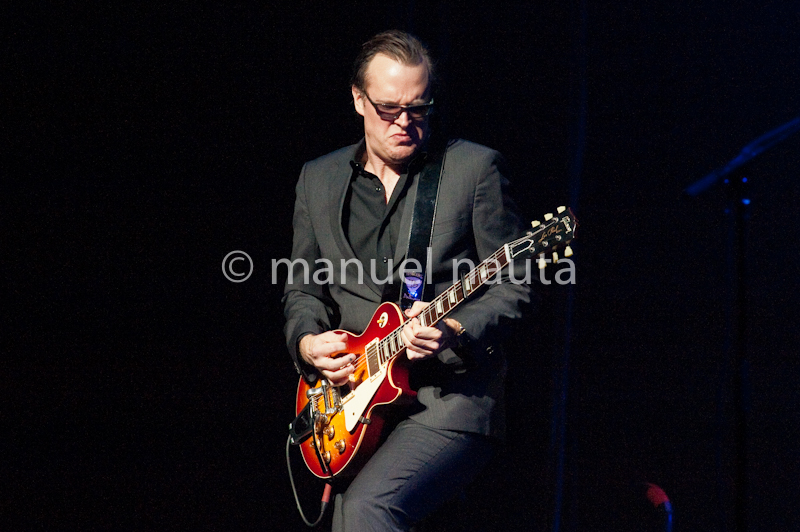 Joe Bonamassa has started his own holiday tradition: releasing special Christmas songs to help his fans celebrate the holidays. “Christmas Date Blues” is the third holiday song Bonamassa has released. (Previous covers include “Merry Christmas Baby” and “Santa Claus Is Back In Town.”) In the spirit of the holidays, Joe hopes his fans will share this gift of great music with their friends and family. Bonamassa has many other holiday goodies and stocking-stuffers that can be found at his store: jbstore.jbonamassa.com

Giving away music for free embodies the way J&R Adventures – Bonamassa’s record label with divisions in publishing, management, concert promotion and memorabilia – thrives and is now seen as one of the most cutting edge independent companies, earning its success from its disruptive and independent approach to the music business.

Mostly recently, Bonamassa released a massively ambitious project: four double DVDs, four Blu-rays and a collector’s edition box set called Tour De Force – Live In London which capture shows filmed at four different venues, on four different evenings, with four different bands. Watch the Film’s EPK here: http://bit.ly/TourDeForceEPK. The release is unique in a landscape where labels rarely even release one DVD filmed at one venue. With frequent free download releases and projects like Tour De Force – Live In London, J&R Adventures continues to show the music industry what a 360 degree business model is and how it can drive a career by vertically integrating its business to meet the needs of the artist and the fans, it gives control to the artist and its management directly. The result is the ability to release multiple projects every year, from Bonamassa solo records, to side projects (with Beth Hart, Black Country Communion, and Rock Candy Funk Party) and collaborations, to non-profits, merchandising, fan clubs, and more. The company consistently devises new ways to stay nimble and compete in today’s vastly different music landscape.

Bonamassa is currently ON TOUR in the U.S. – View tour dates here: http://bit.ly/JBONTOURNOW