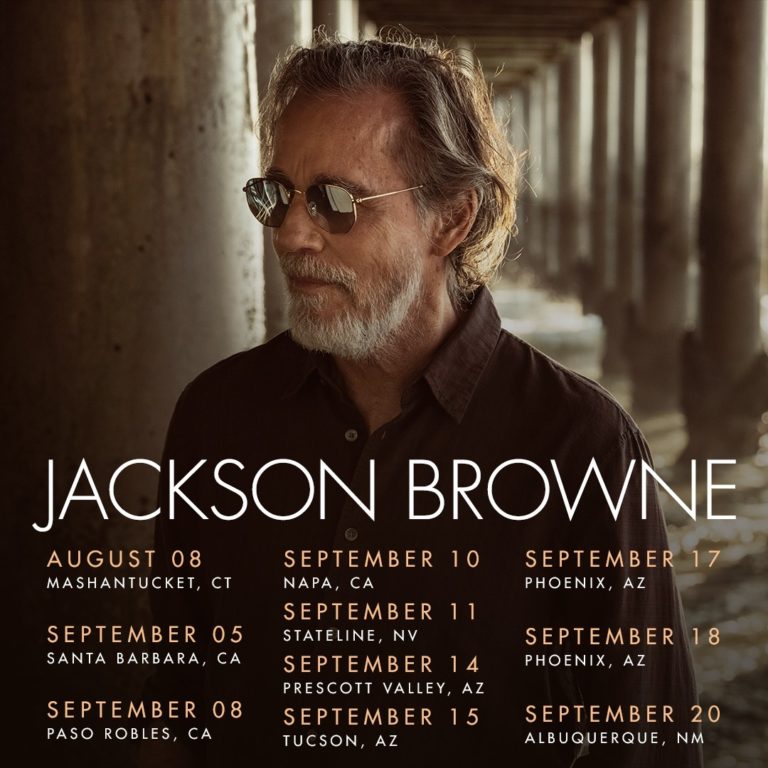 LOS ANGELES, June 21, 2021 — Jackson Browne announces an “Evening With” tour this September with his full band. The run of shows support his new album Downhill From Everywhere, available worldwide on July 23 via Inside Recordings. Tickets go on sale Friday, June 25, 2021 at 10 AM local time.  Presale ticket information is available at jacksonbrowne.com.

Last month, Browne released “My Cleveland Heart,” the new single from Downhill From Everywhere. The music video, directed by Alissa Torvinen Kouame, features a cameo by Phoebe Bridgers. In describing the clip, Rolling Stone said, “It’s fitting for Bridgers — who has cited Browne as an influence and recently enlisted him to duet on ‘Kyoto‘ — to receive his heart, almost like Browne is passing down the singer-songwriter torch.”

Browne recently performed “My Cleveland Heart” on Jimmy Kimmel Live!, and discussed the new record as a guest on the WTF with Marc Maron podcast.

Jackson Browne is on tour with James Taylor & his All Star Band this Summer and Fall. See full list of tour dates below. For more information, please visit www.jacksonbrowne.com