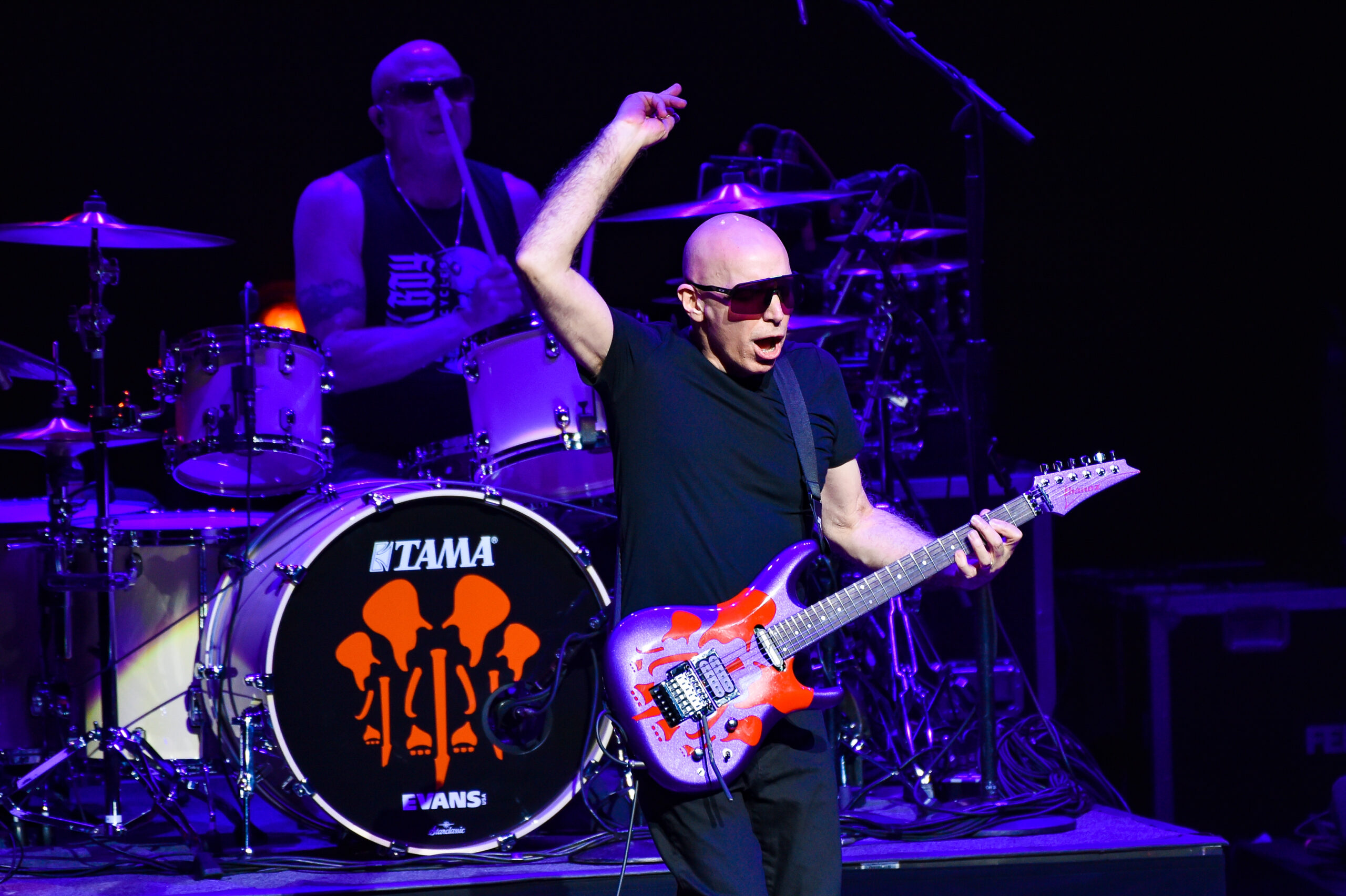 San Antonio, Texas – November 16, 2022: In the days of the short attention span, it is a mighty feat to captivate a live audience with an entirely instrumental performance. Of course, it helps when you have the bag of tricks and technical skill that was on display by guitar virtuoso Joe Satriani on a chilly Wednesday night in San Antonio, TX.

Stepping out in all black and his signature shades, Satriani opened the evening with “Nineteen Eighty,” a song from his 2020 album, Shapeshifting. From the get-go, it was clear that Satriani’s performance would entail equal parts display of technique, guitar effects and pure chops.

Impressive tapping and picking techniques were coupled with dynamic usage of a whammy pedal and whammy dive bombing throughout the evening, shining in the memorable title track of his latest album, “The Elephants of Mars” and the track “Blue Foot Groovy.”

Satriani also benefited from having a tight backing band, giving keyboardist Rai Thistlethwayte plenty of room to shine with alternating guitar/organ solos in “Ice 9” and an individual keyboard solo later in the set. Drummer Kenny Aronoff also kept the groove going all night and led the second set off with a solo of his own.

The most interesting parts of Satriani’s performance came when he would tap into different genres and styles and put his own spin on them. In the appropriately titled “Ali Farka, Dick Dale, an Alien and Me” Satriani combined his own signature style with polyrhythmic drums and classic tremolo style picking to evoke surf rock in one of the best performances of the night.

After completing two sets, Satriani returned to close the night with a performance of the call-and-response classic “Crowd Chant” and the evenings closer, “Surfing With The Alien.”

With a 20 minute intermission in between the two sets, the audience certainly got their money’s worth with a show clocking in at just under 3 hours. While diehards may eat it up, the casual fan may find the long runtime a bit of an endurance test, especially with little to break up the instrumentation. Still, Satriani’s long lingering talent is undeniable and any self-proclaimed fan of guitar-playing is sure to leave satisfied.