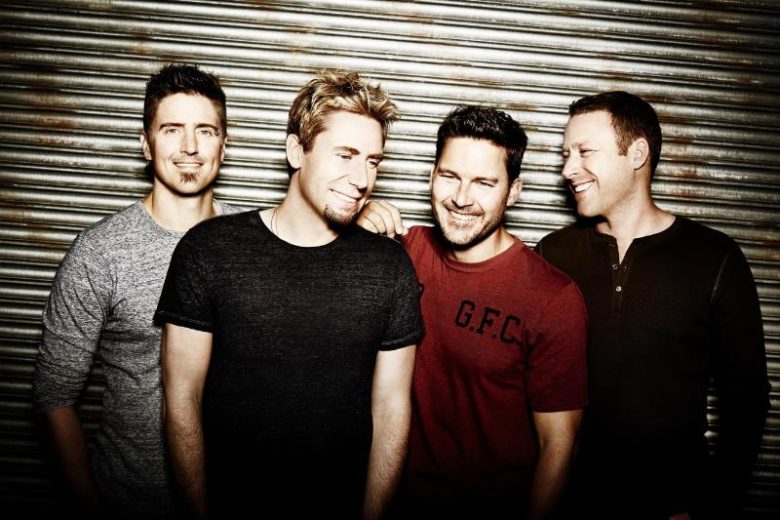 LOS ANGELES, Nov. 5, 2014 / — Multi-platinum selling rock band NICKELBACK are set to embark on a massive headlining tour in 2015 in support of their eighth full-length studio album, No Fixed Address [Republic Records]. The new album is out Nov. 17 and can be pre-ordered HERE. The band announced the extensive No Fixed Address Tour today in front of a sold-out crowd who packed the House of Blues Sunset in West Hollywood, Calif. Proceeds from this special sold-out show will go to the International House of Blues Music Forward Foundation’s grants program.Produced and promoted exclusively by Live Nation, the No Fixed Address Tour marks the beginning of NICKELBACK’s 12th tour and will see the band performing in 61 cities across North America starting Valentine’s Day, Feb. 14, 2015, in Allentown, Pa. at the PPL Center and winding down in Atlanta, Ga. on Aug. 29 at the Aaron’s Amphitheatre at Lakewood. The Pretty Reckless will join the No Fixed Address Tour as special guests on select dates. A complete list of tour dates is below.

In addition to membership gifts, exclusive giveaways and content, individuals that join the fan club will have first access to tickets starting Friday, Nov. 7. For additional information on joining the fan club, visit www.nickelback.com. A Citi® cardmember pre-sale begins Monday, Nov. 10 through Citi’s Private Pass® Program. For complete pre-sale details, visit www.citiprivatepass.com. Tickets for the general public go on-sale Saturday, Nov. 15. Tickets for all shows start at $25. At the arena shows, all seating will be reserved.

NICKELBACK will also offer a limited number of VIP packages for each show which will include premium seating, parking, VIP laminate, exclusive numbered tour poster, official drum sticks, commemorative VIP ticket, early entry and more. Fans can visit www.nickelback.com for more info. VIP Packages will be available during the pre-sale.

No Fixed Address lands in stores and at iTunes and all digital partners on Nov. 17, 2014. Pre-order the record HERE now! Fans who purchase No Fixed Address Tour tickets online at www.livenation.com will also receive a digital download of the album. NICKELBACK fans can tune in to see the band perform the #1 Most-Added song at Hot AC “What Are You Waiting For?” when the band appears on Jimmy Kimmel Live on Nov. 17 and Good Morning America on Nov. 20! Check out the lyric video here: https://www.youtube.com/watch?v=w-Ng5muAAcg

Since first landing on the scene in 1996, NICKELBACK have cemented themselves as one of the most commercially viable and important acts of the past two decades. The group’s worldwide sales exceed 50 million units, solidifying their status as the “eleventh best-selling music act” and second best-selling foreign act in the U.S. of the 21st century—behind only The Beatles. Their inescapable and irresistible smash “How You Remind Me” remains Billboard‘s “Top Rock Song of the Decade” and “Fourth Song of the Decade”. Amongst all of these accolades, they’ve been crowned Billboard‘s “Top Rock Group of the Decade” as well. Along the way, they’ve received a staggering nine Grammy Award nominations, three American Music Awards, a World Music Award, a People’s Choice Award, 12 JUNO Awards and have been inducted into Canada’s Walk of Fame.