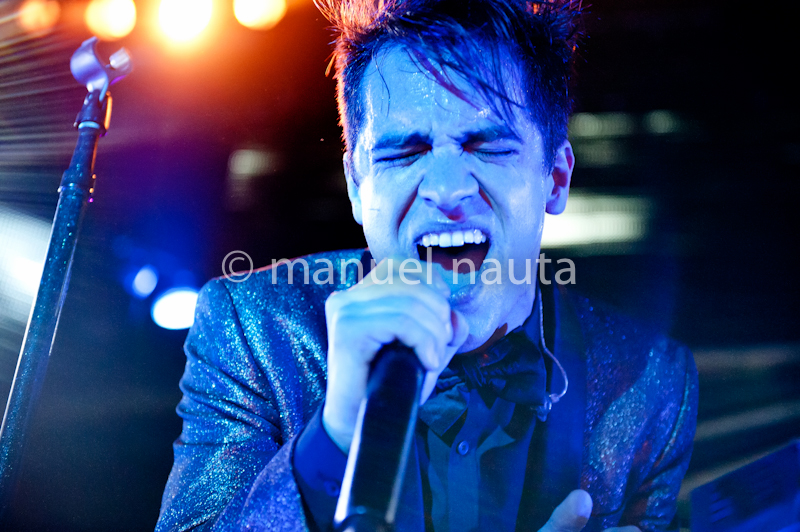 Panic! at the Disco show in Austin Texas (Photo Gallery)

February 12, 2014 – Austin, Texas: Panic! at the Disco performed at Emo’s in Austin with opening bands Junior Prom and The Colourist. The sold out show did not disappoint, it was a very young audience (low beer sales for sure) with many screaming girl fans at the barricade at the front of the stage. From the first beat of the drums, all the focus was on Brendon Urie, literally  no lights every focused on the rest of the band members, at least for the first three songs while I was in the photo pit. But Brandon did give a hell of a performance with abundant energy and style. Check out the picture gallery!