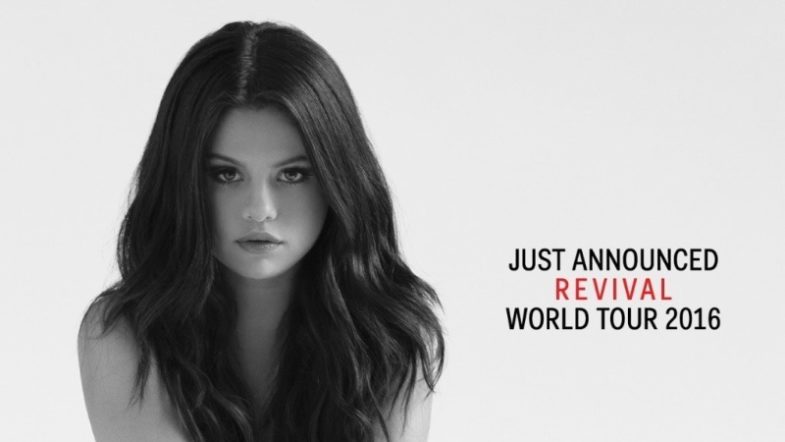 SANTA MONICA, Calif., Oct. 5, 2015 / — Multi-platinum singer and actress Selena Gomez announced today she will embark on her worldwide “Revival Tour” in 2016.  The first leg will find Gomez traveling to 41 cities across the United States and Canada.  The tour will kick off in Las Vegas on May 6th at Mandalay Bay and will hit major markets including Brooklyn, Los Angeles, Chicago, Boston, Dallas, Toronto, Montreal, Vancouver and more (see full listing of cities below).  Additional international territories and dates are expected at a later time.  Tickets for “The Revival Tour” go on sale starting Saturday, October 17th at 10:00 AM via Ticketmaster.com  (Check local listings for timing in your area).

“I am ready to get back on the road and see my fans in person!” said Gomez.  “This album marks a new and very important chapter in my life.  I cannot wait to get on stage and perform this new material.”

“The Revival Tour” will follow the October 9th release of Selena’s new album “Revival” via Interscope Records.   The lead single “Good For You” recently topped the Top 40 Radio Charts for three consecutive weeks.  Gomez, who has sold over 22 million singles worldwide, embarks on her first tour since the sold out 2013 “Stars Dance Tour.”