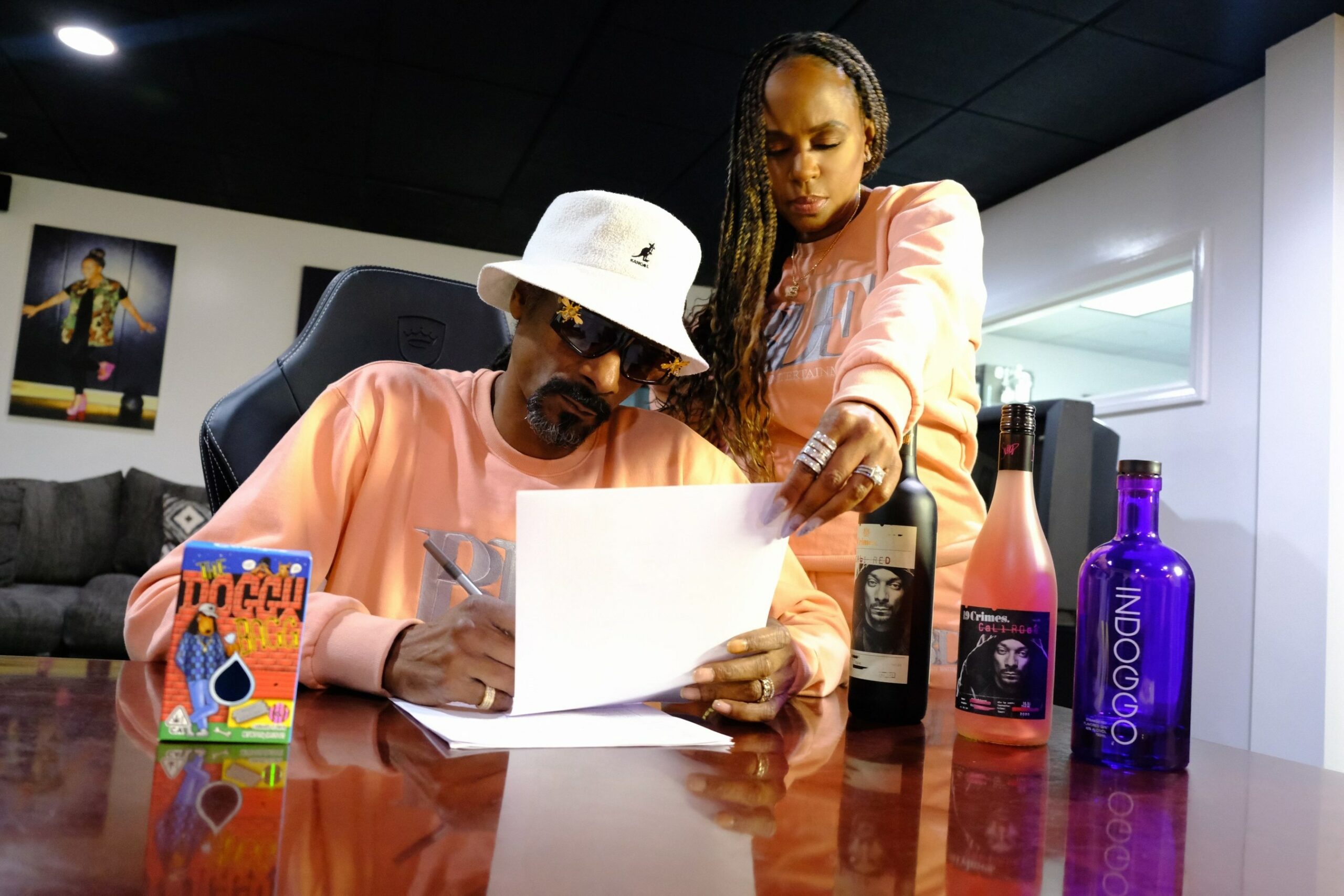 “The industry at large is seeing a major shift in more representation of Black women in key executive roles. I am excited to enter this official position, helping to further expand Snoop’s wide-ranging empire,” said Shante. “I have been by Snoop’s side for over two decades so together with the rest of the team, our goal is to strengthen Snoop’s legacy as a brand with the loyalty and trust of our guidance that has made Snoop who he is today.”

Upcoming projects under Shante’s leadership include: Mt. Westmore, Snoopermarket, Snoop Dogg’s Triller Fight partnerships, the Snoop Youth Football League, Snoop’s highly anticipated summer tour and more. She will also be coming out with her first book, “Paid the Cost to be the Boss Lady.” Together with an established NYT-bestselling author as her guide, the memoir will chronicle her life in the public eye and all the lessons she has learned along the way.

“Shante has been guiding my career behind the scenes from day one,” says Snoop. “She has always been my final gut check with all my decisions, and I wouldn’t be where I am today without her. I am grateful to have her as my official manager, helping to build the Snoop Dogg empire together.”

In addition to her chief management appointment, Shante oversees operations for The Compound (a Los Angeles music recording, production, and events space) frequented by artists such as Nipsey Hussle, Kendrick Lamar, Cardi B, Wiz Khalifa, Nelly, Snoop Dogg, and many more while serving as a home to events like the annual Cedars Sinai Sports Spectacular, the ADIDAS Rookie Symposium, and others. Shante is also the CEO of Boss Lady Spirits, which debuted with “Indoggo Gin” in September 2020 and has served as producer on several films and television projects, including the 2012 Snoop documentary, Reincarnated.

Shante Broadus is an entrepreneur, philanthropist, and the ultimate advisor to her husband, Calvin Cordozar Broadus Jr., aka Snoop Dogg. As the founder of Boss Lady Entertainment (BLE), she has managed the early part of Snoop’s career. Shante recently launched The Broadus Collection, a top-selling line of scented candles and soon-to-be headscarves. Shante is also the CEO of Boss Lady Spirits, which came out with “Indoggo Gin” in September 2020. BLE also oversees operations for The Compound, a music recording, production, and events space in Los Angeles where artists such as Nipsey Hussle, Kendrick Lamar, Cardi B, Wiz Khalifa, Nelly, Snoop Dogg and many more have recorded some of the most epic hip-hop music of our time. The Compound production facility is home to GGN and held rehearsals for Snoop Dogg Presents The Joker’s Wild. The space hosts the annual Cedars Sinai Sports Spectacular, the ADIDAS Rookie Symposium, as well as many other popular events over the years. Shante has served as producer on several films and television projects, including the 2012 Snoop documentary Reincarnated. The Broadus family starred in their own reality show Snoop Dogg’s Fatherhood on E! in which she also served as an EP. The family has been featured in national campaigns, most recently for an Overstock.com commercial. She is the co-founder of the Snoop Youth Football League and founded the I Am Shante Foundation, a nonprofit focused on mentoring young girls. The mother of three lives in the Los Angeles area with her husband.

About Snoop DoggAn Entertainment Icon, Snoop Dogg has reigned for more than two decades as an unparalleled force who has raised the bar as an entertainer and globally recognized innovator. Snoop defines entertainment history. An award-winning entertainer, Snoop Dogg has released 19 studio albums, sold over 40-million albums worldwide, reached No. 1 countless times on Billboard charts internationally and received 20 GRAMMY® nominations.