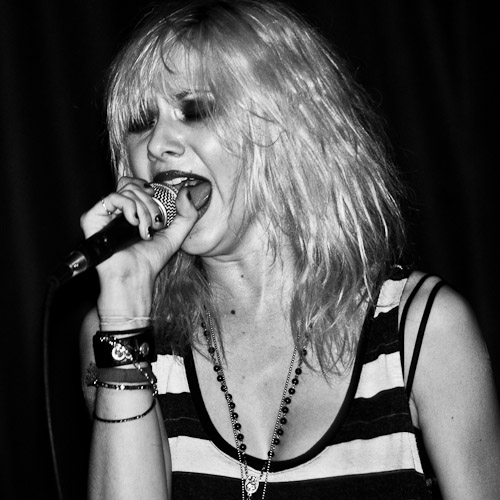 Taylor Momsen, the “Gossip Girl”, Rocks Out In the ATX

Taylor Momsen, a.k.a. Jenny Humphrey from Gossip Girl performed with her band The Pretty Reckless at Stubb’s indoor stage in Austin Texas Friday, June 19th, 2009. The Pretty Reckless was the opening band for the evening and started at about 9:30 playing a 40 minute set. Taylor Momsen actually sounded pretty good. Her voice and stage presence seems way older than she is. Although the songs were not very memorable, she sounded much better than many other bands playing around Austin every night. It would have been nice if she introduced the band members, or if their names were listed on her MySpace. After the show she mingled with some fans and seemed quite friendly and relaxed.