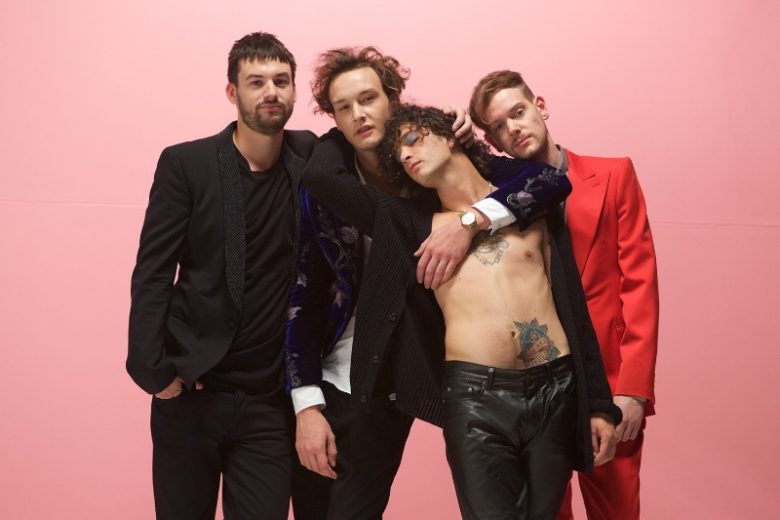 SANTA MONICA, Calif., Dec. 3, 2015 / — THE 1975 announced today that they will embark on a North American headline tour in support of their much-anticipated sophomore album, I like it when you sleep, for you are so beautiful yet so unaware of it. The album is available February 26, 2016 via Dirty Hit/Interscope. The UK art-pop quartet will kick off their tour in Los Angeles on April 18 at the Shrine Expo Hall and will hit major cities including Brooklyn’s Barclays Center, Boston’s Tsongas Center, Columbus’ LC Pavilion, Denver’s Red Rocks Amphitheatre and more (see full listing of cities below).

I like it when you sleep, for you are so beautiful yet so unaware of it is available for pre-order today in a variety of physical formats: CD, double gatefold vinyl on heavyweight transparent pink vinyl and a super deluxe box set HERE. Those who pre-order the physical album prior to Noon PST on Tuesday, December 8 will receive a unique code guaranteeing early access to purchase up to four tickets to any 2016 spring tour date. This first access pre-sale code must be used prior to 12pm local time on December 9. Tickets go on sale to the general public starting Friday, December 11.

“Love Me” is the first single from I like it when you sleep, for you are so beautiful yet so unaware of  it. Watch the Diane Martel directed video HERE. Billboard called “Love Me,” “a spirited step away from the radio-friendly teen rock of its debut” and “an impressive coming-of-age shift,” while Spin noted that “‘Love Me’ shows the band loosening their grip on accomplishing much of anything beyond the sprawling, joyous fun of making good tunes.” NME raved, “From the speaker-hopping funky jangle to the unexpected but brilliant cock-rocking guitar solo, ‘Love Me’ fizzes with overweening confidence, fitting for a song Healy says is about narcissism (‘got a beautiful face but nothing to say’), and is a monster hit whatever their inspirations.”

The 1975 are one of the breakthrough British bands of the past decade. They got together as school friends on the outskirts of Manchester and arrived, reinvigorating the alternative scene as they took 2013 by storm. It was a year that set the band on what Matthew Healy has described as a “delirious ascent.” Propelled by anthemic songs such as “Chocolate” and “Girls,” their self-titled debut album entered the UK charts at No 1 and went on to sell 1 million albums worldwide. The 1975 have shifted over 1 million singles in the U.S. and sold in excess of 500,000 tickets stateside.