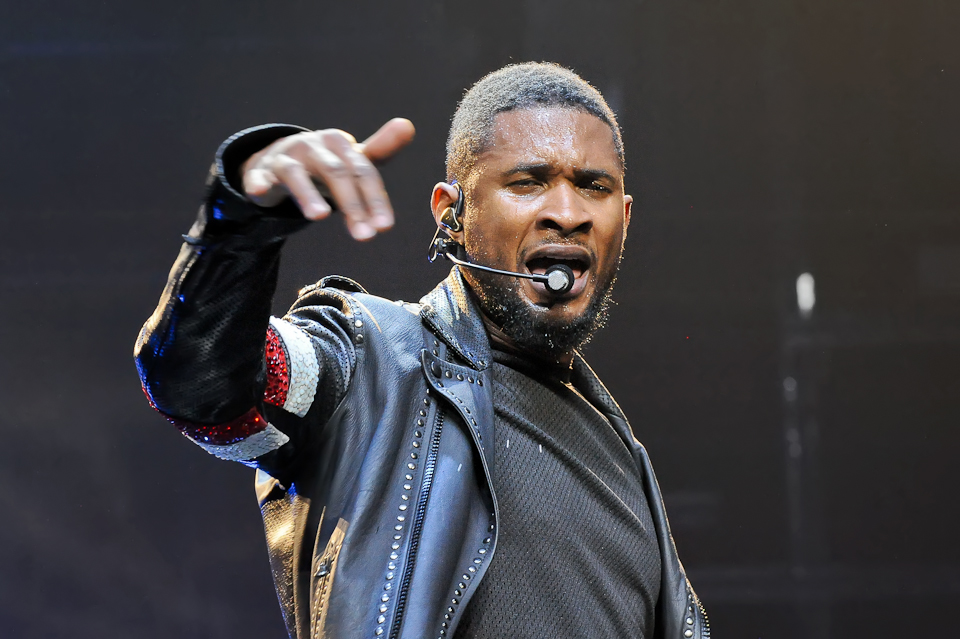 Usher – The UR Experience Tour in Houston (Photos)

Challenging himself creatively and testing musical boundaries are characteristics that have defined Usher’s career since he was first discovered twenty years ago on Star Search .  Usher has been ranked by the Recording Industry Assn. of America as one of the best-selling artists in American music history, having sold over 50 million albums worldwide. He has won numerous awards including 8 Grammys and was named the #1 Hot 100 artist of the 2000s decade. Billboard named him the second most successful artist of the 2000s decade, with his career-propelling 2004 album “Confessions” being ranked as the top solo album of the 2000s decade. Usher has attained nine Hot 100 #1 hits (all as a lead artist) and 18 Hot 100 top-10 singles.

Earlier this year he completed filming his role as boxer Sugar Ray Leonard in the upcoming film  “Hands of Stone,” a biopic of champion boxer Roberto Duran which co-stars Robert De Niro and is due in theaters early 2015. In addition, Usher recently completed his second season as a coach on NBC’s Emmy award winning hit TV show “The Voice” where he proved his top-notch coaching capability by mentoring Josh Kaufman who became the champion of season 6.