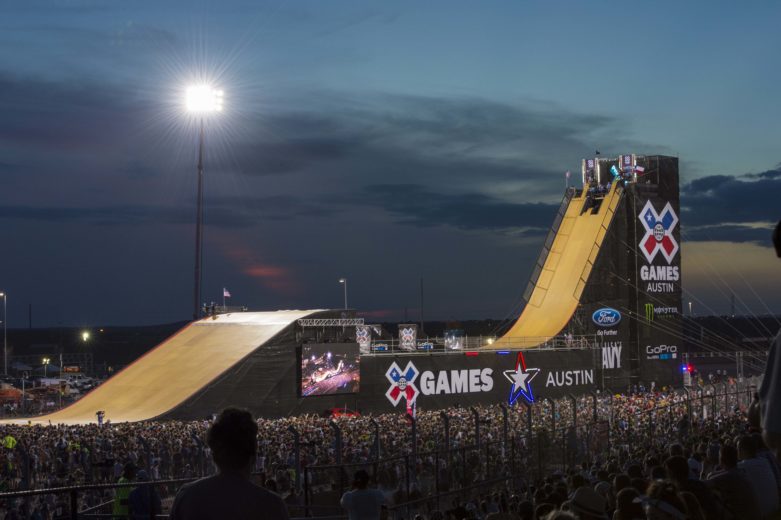 After a successful debut in 2014, X Games Austin returns to Circuit of The Americas June 4 -7, bringing fans one of the most complete youth culture experiences available with an enhanced sport, music, gaming and festival lineup. This year’s event will feature Grammy-nominated hip hop superstar, Nicki Minaj, as one of the headliners performing on the new Super Stage. Talib Kweli, Pennywise and Deltron 3030 are among the first performers to be announced for the Sound Factory stage powered by KUTX. X Games Austin 2015 will feature the new disciplines of Moto X Quarterpipe and Skateboard and BMX Big Air Doubles. X Games will kick off with Moto X Step Up in front of the capitol building in downtown Austin. Tickets will be available January 23 at www.ticketmaster.com/xgames.

“I look forward to channeling the energy and spirit from the X Games into a performance Austin will not forget,” said Minaj.

The Sound Factory stage powered by KUTX will feature performances by acclaimed musicians, including Talib Kweli, Pennywise and Deltron 3030. The stage will also feature a lineup curated by Austin radio station KUTX, which will include performances by Bright Light Social Hour, Ume, A. Sinclair, Zeale and Walker Lukens. Additional headliners and music performers will be announced at a later date.

Following the progression of action sports, X Games Austin will offer two new disciplines. A Freestyle derivative, Moto X Quarterpipe will feature six riders throwing their single best trick off a quarterpipe ramp. Big Air Doubles will combine the excitement of the Skateboard and BMX Big Air disciplines by combining BMX and Skateboard athletes together in a team competition.

A full schedule of events is available at www.xgames.com.  PLEASE NOTE: This information is subject to change.

Tickets for X Games Austin will be available for purchase beginning Friday, Jan. 23 at 4 p.m. CT at www.ticketmaster.com/xgames. Three-day tickets start at $109.

ESPN and ABC will televise a combined 24 hours of live X Games Austin competition, which will also be accessible via WatchESPN to viewers who receive their video subscription from an affiliated provider.  Additional coverage of sports and music will be carried on ESPN3 as well as the latest coverage across ESPN digital platforms, including XGames.com, X Games app, X Games pages across Twitter, Facebook, Instagram and more.

Additional information on all X Games Austin 2015 events will be forthcoming on www.xgames.com for fans or on www.espnmediazone.com for media only. For more information on Nicki Minaj, please visit her website http://mypinkfriday.com.